On January 12, 2022, Arbitrator Randy Noonan issued an award declining to grant applications for interim relief by three unions. The unions’ applications sought to stay the application of the City of Richmond’s mandatory vaccination disclosure policy pending a decision on the merits of the unions’ respective policy grievances.

The Arbitrator ultimately concluded that, for the purpose of interim relief, the benefit of a mandatory vaccination policy outweighed the consequences that may be faced by employees who choose to not comply.

The Arbitrator held that mandatory vaccination policies, like the City’s policy, are enacted with a view to limit the spread of COVID-19 and thus to prevent the possibility of irreparable harm, including serious illness or even death. Preventing such harm outweighed the admittedly significant harm which may be suffered by employees who choose to not disclose vaccination status or to remain unvaccinated, and are consequently placed on unpaid leave.

The unions, CUPE locals 718 and 394 and IAFF local 1286, each sought to stay the application of the Employer’s policy which required all employees to provide proof of vaccination or be placed on unpaid leave effective December 20, 2021. If granted, the unions’ applications would stay the implementation of the Employer’s policy until its validity could be determined following the arbitration on the merits of the unions’ policy grievances, scheduled for Spring 2022.

Arbitrator Noonan considered the emerging case law in the area of applications for interim relief from mandatory vaccination policies, which looks to the well-established “irreparable harm” standard for injunctive relief. The legal test, termed the “balance of convenience” test, assesses the significant and irreparable harm that may be suffered by each party for the purpose of an interim stay. The test looks at what is just and reasonable in all the circumstances in seeking to prevent the harm to either party.

In applying the test for an interim order, the ultimate question to be decided by the Arbitrator was whether the unions could show that the Employer’s policy caused “irreparable harm” greater than the harm to the Employer if the policy was not implemented and thereby increasing the risk of COVID-19 transmission within the workplace.

Collectively, the unions argued that the City’s vaccination policy is unjust and/or an overreach of what was necessary in the circumstances. The unions argued that employees who chose not to be vaccinated would suffer significant harm stemming from their loss of income, in turn leading to additional harm such as marital difficulty, inability to pay bills, or the need to relocate or change careers. The unions also took the position that the vaccination policy amounted to compelled vaccination against the employees’ wishes. Finally, they argued that being placed on leave would amount to a disclosure of their unvaccinated status to the rest of the workforce constituting a significant invasion of privacy. As part of the balance of convenience assessment, the unions argued that alternatives to vaccination, such as rapid testing, physical distancing and personal protective equipment, were equal or better at preventing transmission. Accordingly, they argued that in light of the significant harm to workers claimed by the unions, the balance of convenience favored the unions’ application staying the policy.

The Employer argued that the balance of convenience favoured the Employer, in that the policy was adopted in accordance with its duty to provide the safest workplace for its employees and for members of the public with whom they regularly interact. The Employer provided evidence that its policy was adopted after assessing the workplace risks of COVID-19, which included the possibility of exposure throughout the entire City of Richmond due to the scope of its operations as a large municipality. The Employer argued that it considered alternatives—such as rapid testing—but ultimately decided that mandatory vaccination was the best preventative measure. The Employer’s argument rested on the fact that the risk of transmission, however small, could lead to serious illness or even death. Such a risk was too great and was not reparable if it were to occur.

Arbitrator Noonan agreed with the Employer’s position, in light of recent case law involving similar cases in the federal jurisdiction and in Ontario. First, the Arbitrator held that a mandatory vaccination policy does not equate to compelled vaccination against an employee’s will. Rather, such a policy merely compels a choice between vaccination and going on leave; it does not impose on an employee’s free will or bodily integrity. Second, the alleged harm suffered by employees, while arguably significant, was not unlike other loss-of-employment grievances. As in all such cases the harm is reasonably reparable. Most importantly, the Arbitrator found that the harm suffered by employees who choose to remain unvaccinated ultimately did not outweigh the possibility of serious illness or death resulting from the transmission of COVID-19. Accordingly, Arbitrator Noonan held that for the purpose of the unions’ interim relief sought, the balance of convenience must favour the Employer’s position that the policy remain in place.

The Arbitrator similarly rejected the unions’ alternative request for an order that the policy be stayed for only certain groups within the workplace, or that it be modified to include for a testing alternative for those who are not fully vaccinated.

This award provides the first look at these emerging issues in the British Columbia arbitral case law, and is a useful summary of the developing law on the issue of interim injunctive relief from mandatory vaccination policies in the workplace.

For more information on this decision, contact Kacey Krenn. 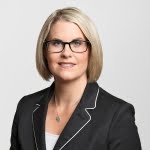 Union Request for Stay of Vaccination Policy Is Denied