These decisions will be of particular relevance to businesses and employers facing mask-wearing complaints from members of the public or their employees.

In The Customer v. The Store, 2021 BCHRT 39, the Tribunal found that without establishing a disability protected by the BC Human Rights Code (the “Code”) the complainant could not seek redress from the Tribunal for being refused service without a mask.

The complainant filed a complaint against the Store alleging that the Store violated her rights under s. 8  of the Code, discriminating against her based on a physical or mental disability by requiring she wear a mask.

The complainant refused to provide the Tribunal with information regarding her alleged disabilities or how those disabilities interfered with the ability to wear a mask.  The complainant merely amended her complaint to explain she found it difficult to breath with a mask, and that it causes anxiety.

The Tribunal found that in order to pursue a complaint under s. 8 of the Code based on the grounds of disability a complainant must set out facts, which if proven, would establish a disability protected by the Code.  The complainant’s refusal to do so was fatal to her complaint proceeding past the initial screening stage.

The Tribunal acknowledges that it has not yet considered how much information a customer must provide a retailer to give rise to a duty to accommodate the customer’s disabilities, and in the meantime the decision makes express reference to the Human Rights Commissioner’s recommendation that where the relationship is brief, service providers should accommodate those who are unable to wear masks without requiring them to provide medical information.

Objections to Mask Use

In The Worker v. The District Managers, 2021 BCHRT 41, the Tribunal found that an objection to wearing a mask that is based on what was ultimately found to be personal preference and opinion is not protected by the Code.

The Tribunal found that the complainant failed to demonstrate that his opposition to wearing a mask is grounded in a sincerely held religious belief.  Specifically, the complainant was required to set out facts, which if proven, would establish a practice or belief that:

The Tribunal found that the complainant’s objection to wearing a mask was based on his personal preference and opinion, which were in essence a disagreement with the reasons for the mask-wearing requirements set out in the public health orders.  As this is not a belief or practice protected from discrimination on the basis of religion protected by the Code, the Tribunal also dismissed this complaint at the screening stage.

These decisions demonstrate that in both the employment and service context, the Tribunal is rigorously reviewing anti-masking complaints at the screening stage, before the service provider or employer incurs the costs of responding to the complaint.  Mere disagreement with the efficacy of mandatory mask policies or personal preference will not be sufficient to give rise to a discrimination complaint under the Code.

It is also clear from these decisions that the Tribunal has received a high volume of complaints alleging discrimination in connection with mandatory mask policies. The Tribunal’s unusual step in publishing these screening decisions reflects the public interest in these issues.  The Tribunal has also set out a separate process aimed at addressing mask-wearing complaints in particular, which encourages the parties to reach an informal and expedited resolution.  These processes and guidance can be found here.

For further information regarding this article, please contact Jessica Fairbarn or Nicole Toye 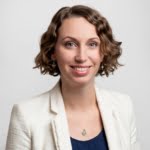 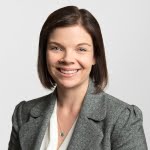