The law has long prohibited alcohol impaired driving. If drivers have a high enough blood alcohol concentration (“BAC”), it may be a breach of both the Criminal Code and the British Columbia Motor Vehicle Act.

Until recently, there were no similar blood concentration limits for drug impaired driving. However, in June 2018, in advance of the legalization and regulation of marijuana, the Government implemented new criminal offences with respect to drug impaired driving in An Act to amend the Criminal Code (offences relating to conveyances) and to make consequential amendments to other Acts (the “Act”).

Employers will be interested to know that the Act prohibits individuals from having certain levels of impairing drugs in their blood within two hours of driving and sets out the legal limits for the blood drug concentration (“BDC”) levels for particular drugs. The Act introduced the following three new criminal offences for driving while impaired due to drugs or alcohol or a combination of both:

(1) a summary conviction offence for a low BDC;

(2) a hybrid offence for a higher BDC; and

(3) a hybrid offence for a combination of low BAC and low BDC.

The criminal offences apply to the operation of motor vehicles, vessels (boats), aircraft and railway equipment.

Questions relating to the content of the article may be directed to Scott McCann. 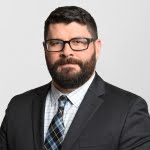