Many employers were relieved to see that the proposed Labour Relations Code amendments do not include elimination of the mandatory secret ballot vote in certification applications, and a return to the “card check” certification model that existed in British Columbia before 2002. The majority of the Labour Relations Code Review Panel recommended that the secret ballot vote be maintained, but the member of the Panel who represents union interests urged that it be eliminated. The BC Federation of Labour and its supporters also strongly advocated for a return to card check certification. However, Green party leader Andrew Weaver indicated that he would not support legislation that removed the right of employees to vote on certification applications by secret ballot, and Bill 30 maintains the secret ballot vote.

Consumer picketing has not been a major issue in the past but it remains to be seen whether the specific exception for this type of conduct will increase its frequency.

Continuing review of the Code

A new subsection of the Code has been added, making it mandatory that the Minister appoint a “Committee of Special Advisors” to conduct ongoing reviews of the legislation, with a new committee appointed not more than five years after the previous committee makes recommendations to the Minister.

The existing free speech provision, which permitted a wide range of commentary on matters relating to employers, trade unionism and the representation of employees by a trade union provided there was no coercion or intimidation, has been replaced by a provision modelled on the Code language that existed in 2002. Under the proposed legislation, free speech is limited to communicating to employees “statements of fact or opinion reasonably held with respect to an employer’s business”. This amendment will limit an employer’s ability to communicate with its employees during union organizing campaigns, and prior to certification votes. The extent of the limitation will be dependent on the way the amendment is interpreted by the Labour Relations Board, but the pre-2002 caselaw will likely be influential in this regard.

Certification without a vote

The unfair labour practice provisions have been amended to specifically provide for certification without a vote if an employer has committed an unfair labour practice and “the Board believes it is just and equitable in order to remedy the consequences of the prohibited act”. This is the first time there has been an expression of this type of power in the statute.  Previously, the Board relied upon its broad remedial authority to impose a certification without a vote when finding of an egregious unfair labour practice. It is unclear whether, or how, the specific reference to this remedial authority in the statute will change the frequency of the use of the remedy.

The legislation has been amended to provide for differing “raid periods” (a period of time in which one trade union can seek to displace another), contingent upon the length of any collective agreement which is in effect. If the collective agreement is for a term of three years or less the raiding period is in the 7th and 8th month of the last year of the agreement, or the 7th and 8th month in each subsequent year of any continuation of the agreement.

The proposed legislation maintains the mandatory secret ballot vote. The time period for the holding of a vote has been shortened from ten days to five “business days” from the date the Board receives the application for certification. A new definition of “business day” excludes Saturdays, Sundays or holidays from the calculation of a time period.

The legislation also provides that representation votes may be conducted by mail only if the trade union and the employer agree, or the Board is satisfied that exceptional circumstances exist for the holding of a mail ballot.

Effect of a raid on an existing collective agreement

Currently, a decertification application may only be made after ten months have expired following certification of the union. This time limit has now been expanded to 12 months.

The successorship provisions have been amended to provide that where services are provided in the area of building cleaning services, security services, bus transportation services, food services, non-clinical services provided in the health sector and any other services added by regulation, then if a contractor providing those services loses the contract because of retendering, the new contractor is bound by all proceedings under the Code from the date of the commencement of the retendered contract, and any existing collective agreement applicable to the predecessor contractor applies to the successor contractor.

This amendment is likely to be contentious and difficult to apply. There is no definition of what is encompassed by the various described services.  Further, the section does not account for the fact that the successor contractor may already be a contractor bound by a collective agreement with a different union.

Finally, the effect of this provision is to “certify” the various services rather than the employees who perform them.  It means that persons who contract for the various described services cannot escape from an improvident contract by going to the market place and seeking competitive bids.

Some unionized contractors have expressed concern that this amendment will make it much more difficult for them to obtain new business.

Under the existing legislation, an employer must not increase or decrease the rate of pay of an employee in the bargaining unit, or alter any other term or condition of employment, until four months have expired after the Board has certified a union. This “freeze period” will now be extended to 12 months.

In addition, if an application for imposition of a first collective agreement is made during the 12 month freeze period, then if the proceedings related to that application have commenced but not concluded before the expiry of the 12 month period, the freeze will continue until the conclusion of the process related to the imposition of the first collective agreement.

Under section 54 of the Code, and employer that plans to introduce a measure, policy, practice or change that affects the terms and conditions or security of employment of a significant number of employees to whom a collective agreement applies must give the union 60 days notice, and the parties must then engage in good faith negotiations regarding an adjustment plan.

The proposed amendments include language enabling either party to apply to the LRB for the appointment of a mediator to assist them in developing the adjustment plan. The mediator may make recommendations, but may not impose an adjustment plan.

Currently, a trade union can apply to the LRB for the imposition of a first collective agreement only after a majority of the bargaining unit employees have voted for a strike.  Bill 30 proposes to amend the legislation to eliminate the prerequisite of a strike vote.

Under the proposed legislation, either party can apply for the appointment of a mediator to assist in a negotiation of a first collective agreement. The mediator is given the express authority to consider the parties’ conduct before and after certification when recommending how the matter should proceed.

The proposed legislation eliminates “the provision of educational programs for students and eligible children under the School Act” as an essential service.

The current Industry Advisory Council provision (Section 80) will be repealed and replaced with a provision under which the Minister may order the establishment of an industry council for the purpose of making recommendations regarding effective collective bargaining, identifying skill and training needs, developing labour and market information and making recommendations considered necessary to advance the industry.

Currently the legislation requires that a request for the appointment of a settlement officer must occur within 45 days of the completion of the steps of the grievance procedure preceding arbitration. This time limitation has been removed.

A new provision has been inserted into the legislation requiring arbitration boards to conduct case management conferences within 30 days of their appointment.  The parties are to use this opportunity to schedule an exchange of information and documents, set hearing dates, and explore potential settlement of the dispute.

Appeal of arbitration awards to the BC Court of Appeal

Under the current Code, a party that is dissatisfied with an arbitration award can appeal to the Labour Relations Board, on the ground that it was denied a fair hearing or that the award is inconsistent with the principles expressed or implied in the Code or another acted dealing with labour relations. However, if the appeal pertains to an issue of general law, it must be submitted to the BC Court of Appeal.

An application for expedited arbitration under Section 104 of the Code will now need to be made within 15 days of the completion of the steps of the grievance procedure preceding arbitration.  The Director of the Collective Agreement Arbitration Bureau may also appoint a Settlement Officer without the consent of the parties.

Existing time limits for an expedited arbitration hearing and the issuance of a decision have been eliminated and replaced with the requirement that an expedited arbitrator appointed under the Code must conduct a case management conference within seven days of the appointment and conclude the arbitration within 90 days after the date on which the difference was referred to the Director.  In addition, the arbitrator must, if jointly requested by the parties, issue an oral decision within one day after the conclusion of a hearing or issue a written decision not to exceed seven pages within 30 days after he conclusion of the hearing.

Expedited arbitrators are given enhanced procedural authorities as well.

Display or provision of information

The Board is given express authority to require an employer to provide the list of employees for a proposed bargaining unit to the Board. 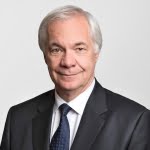 Employment Contract not Frustrated by COVID-19