The facts that led to the class action

The allegation made by the proposed representative Plaintiff was that the position of the government was in error and that, properly interpreted, the wage freeze did not apply to the University.  As a result, the allegation was that the University froze the salaries of the impacted employees in breach of the contractual provision which would otherwise have entitled those employees to annual salary increases.  In essence, the claim was that if the Court found that the wage freeze did not apply to the University then damages would necessarily flow and the class action proceeding was the most efficient way of dealing with the dispute.

Defences presented on behalf of the University

First, the University argued that the target of the lawsuit was misplaced.  The real grievance the potential class of Plaintiffs had was with the government decision that the wage freeze applied to the contractual relationships the University had with its management employees.  We submitted that the appropriate remedy for the representative Plaintiff and the class was to have brought a petition for judicial review of that governmental decision.

Second, the theory of the case against the University was overly simplistic and ignored the potential defences of the University.  Even if the government of British Columbia was incorrect of its interpretation of the application of the wage freeze to the University, the University provided reasonable notice of the change to the contractual terms to its impacted employees; that all new hires (who were part of the purported class) were hired subject to the new terms of employment related to the freeze; and even if appropriate notice had not been given of the change, the change was condoned.  Further, the University argued that the calculation of damages for each employee was highly individualistic because the question of the amount of increase a particular employee would have received required an individual assessment of performance under the contractual term which existed prior to the freeze.  As a result, a trial would be required for each individual employee to determine whether appropriate notice had been given; if not, whether the employee condoned the change; and, if not, what, if any, increase the individual employee would have been contractually entitled to during the freeze period.  The Court concluded that these individual issues overwhelmed the proposed common issue and therefore the class could not be certified as a class action.

Thirdly, the University argued that when the Court exercised its discretion to determine whether certification was appropriate the policy considerations of behaviour modification, judicial economy and access to justice should be considered.  The University submitted that because the true target of the litigation was the government of British Columbia and the fact that the University had done everything it could to ameliorate the effect of the freeze on its employees, behaviour modification was not needed in relation to the University.  Rather, the reverse was true and that the University had done everything it could on the face of a direction from the government.  The Court accepted those submissions entirely.  In relation to judicial economy and access to justice the Court concluded that because the individual issues overwhelm the proposed common issues there was nothing to be gained through a certification to allow the matter to proceed as a class action.

The importance of the case

This case helps resolve issues for other public sector employers who are subject to the freeze.  As this case demonstrates, where the basis of a claim against a public sector employer stems from a decision or action of Government, a claim against the Employer may be defended, in part, on the basis that the real dispute is with the governmental decision. 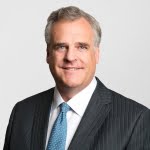