On June 3, 2021, Bill C-5, An Act to amend the Bills of Exchange Act, the Interpretation Act and the Canada Labour Code (National Day for Truth and Reconciliation) (“Bill”) received royal assent. It comes into force on August 3, 2021.

This legislation establishes a new federal statutory holiday, the National Day for Truth and Reconciliation, which will fall on September 30th each year. The Bill responds to the Truth and Reconciliation Commission of Canada’s call to action number 80 which calls on the federal government, in collaboration with Aboriginal peoples, to establish the holiday to commemorate the history and legacy of residential schools and honour the survivors, their families, and communities. The government decided to fast-track this Bill after Chief Rosanne Casimir of the Tk’emlúps te Secwépemc First Nation revealed that the remains of 215 Indigenous children were found at a former Kamloops residential school.

September 30th was chosen as the date for the holiday because it builds on the grassroots movement Orange Shirt Day, which is a day to remember the legacy of residential schools and move forward with reconciliation. September has historically been a painful month for Indigenous families and communities because it is the time when children were separated from their loved ones and communities when they went back to residential school.

The new holiday will only impact federally regulated employers. The Canada Labour Code (“Code”) has been amended to include the National Day for Truth and Reconciliation to the definition of “general holiday.” Employees subject to the Code will be entitled to paid time off for the holiday, just as they are for any other statutory holiday, such as New Year’s Day. It is also added to the list of holidays for which an employee is entitled to a paid day off on the day preceding or following it if it falls on a non-working Saturday or Sunday. Unionized employers governed by the Code should review their collective agreements and the new Code provisions to understand their obligations in respect of the new holiday.

The B.C. Employment Standards Act has not yet been amended to introduce a National Day for Truth and Reconciliation for provincially regulated employers. It remains to be seen whether it will be incorporated into provincial legislation.

For further information about the new Bill and its impact on your workplace, please contact Chris Leenheer. 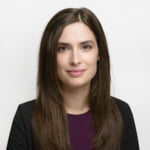