The legal test to determine discrimination based on family status is largely unclear in British Columbia.  Unfortunately, the recent British Columbia Supreme Court decision Envirocon Environmental Services, ULC v. Suen, 2018 BCSC 1367 does not clarify this unsettled area of the law. The decision does, however, provide some insight into the Tribunal’s reasoning as it pertains to parenting roles and stereotypes which makes a discussion of the facts in this case worthwhile for employers.

In the decision, Envirocon unsuccessfully sought judicial review of the BC Human Rights Tribunal’s decision to deny the employer’s application to dismiss the complaint filed by Brian Suen. Mr. Suen alleged discrimination on the basis of family status.

Mr. Suen worked as a project manager for Envirocon who occasionally assigned him to work on projects out of town. Within six months of his first child being born, Envirocon assigned Mr. Suen to Manitoba to replace a departing manager. This assignment required him to travel to Manitoba within two weeks and remain there, on-site, full-time, for two to two-and-a-half-months. Although he had worked on projects out of town before, he had never been presented with an assignment which was both long-term and without any prospect for company paid return travel to his home during the period of his assignment.

Mr. Suen told Envirocon that in consideration of his wife and infant baby, he would not be going to Manitoba. The employer terminated him, citing “just cause”.

The main issues before the BC Supreme Court were:

With respect to the Campbell River test, Envirocon submitted that the facts alleged by Mr. Suen, even if true, did not meet the elements of the test for discrimination based on family status set out in Health Sciences Assoc. of B.C. v. Campbell River and North Island Transition Society 2004 BCCA 260. The Tribunal found, however, that the facts could meet this threshold, set out by the Tribunal as follows:

“Under the Campbell River test, in order to establish his case of discrimination on the basis of family status, Mr. Suen would have to show that there had been a change in a term or condition of employment imposed by Envirocon, and that the change resulted in a serious interference with a substantial parental or other family duty or obligation.”

The Tribunal did explore whether this test remained good law in light of other decisions, including the Supreme Court of Canada’s decision in Stewart v. Elk Valley Coal Corp., 2017 SCC 30, in which the requirement for a complainant to establish that acts of discrimination were “significant” was criticized as being of a higher standard than other grounds of discrimination. Regardless, the Tribunal did proceed on the basis that Campbell River remains the test applicable to family status cases in BC, although it was clear that this test was not definitive.

Envirocon also argued before the Tribunal that because Mr. Suen “does not have any special skill or ability which renders him indispensable in the care of his daughter”, and his wife is the primary caregiver and has plenty of support in caring for their child, proceeding with the complaint would not further the purposes of the BC Human Rights Code (the “Code”). Envirocon further argued that there is nothing to suggest that Mr. Suen, given his family’s circumstances, belongs to a group meant to be protected by the Code, namely, a group which suffers pre-existing inequality or is impeded in its ability to participate in the economic, social, political and cultural life of the province.

The Tribunal disagreed fundamentally with this argument and stated that it is within a plain reading of the Human Rights Code to accept one’s obligations to a co-parenting spouse as within the protections of family status. It also stated that Envirocon’s argument itself was contrary to the purposes of the Code. The Tribunal stated at paragraph 93:

“…any private arrangement struck between Mr. Suen and his wife in this regard does not diminish Mr. Suen’s shared responsibility in the parenting of his child. To find otherwise would be to allow as a defence against a claim of discrimination an argument that fundamentally reinforces stereotypical views of the respective roles of mothers and fathers in both the public and private spheres – views that are harmful to both men and women in entrenching expectations and patterns of behaviour that are directly contrary to the purposes of the Code.”

These comments from the Tribunal suggest that it will not favourably consider any arguments that can be said to perpetuate stereotypes regarding parental roles nor will it consider a father’s child care obligations to be any less important than those of the child’s mother. This serves as a reminder to employers to take accommodation requests regarding family status seriously, regardless of who is requesting such accommodation. The Tribunal’s decision also suggests that work assignments that result in a parent being absent from child-care responsibilities for 24-hour periods may reach the threshold of family status discrimination.

A hearing of Mr. Suen’s complaint on its merits before the Tribunal was set for eight days commencing November 19, 2018. We are keen to read the decision (if the matter is not otherwise resolved) and will look forward to providing further updates on the law of family status in BC.

If you have questions regarding this article, please contact Michela Fiorido. 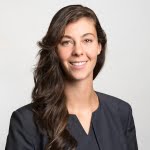