On April 22, 2021 the Supreme Court of British Columbia delivered judgment in Dupont v. Port Coquitlam (City), 2021 BCSC 728 (“Dupont”). In that case, the Court was considering a resolution of Council of the City of Port Coquitlam (the “City Council”) to censure its own council member for disclosing sensitive information. Dupont articulates several legal principles relevant to municipal and school board governance.

In this case, a city councilor forwarded emails containing confidential and in-camera City Council information to advocates within the community. The information centered on a cedar tree, which was slated for removal by developers. City Council was considering issues associated with preventing the removal of the tree and the benefit to the community in preserving it.

After discovering there was a possible improper disclosure of sensitive information, City Council commissioned a third-party investigation. This investigation confirmed that the petitioner, Councilor Dupont, was the source of the leaked information. (Notably, Councilor Dupont opposed the investigation and initially concealed her involvement in the leak.) The investigation concluded that the disclosure violated the Councilor’s duty of confidentiality under the Community Charter. After considering these findings and the petitioner’s lack of contrition, City Council passed a resolution to prevent her from accessing certain information and from acting within certain roles.

Councilor Dupont petitioned the Court to quash the resolution and resulting discipline. The petition presented multifaceted arguments on both procedural and substantive grounds.  Ultimately, the Court dismissed the petition. The Court agreed with the City Council’s position that municipalities are entitled to deference in interpreting the relevant municipal legislation, and found moreover that the City Council’s interpretations and conclusions in the instant case were reasonable.  Ultimately, the Court found the City Council had the authority to censure Councilor Dupont, by its own resolution, for what it found to be a breach of confidentiality. The Court held that City Council acted reasonably, transparently, and within its power to censure Councilor Dupont. Accordingly, there were no substantive or procedural grounds to quash the resolution.

Dupont clarifies that city councils have considerable deference in interpreting and applying municipal legislation. The important take-aways arising from Dupont are as follows.

First, the Court held that a city council is entitled to deference to determine its own authority to pass resolutions of censure and sanction. The Court noted that councilors occupy a unique position with regard to discipline. It stated that discipline of council members is usually achieved “at the ballot box” rather than through more common forms of discipline akin to employer-employee or master-servant relationships. Nonetheless, Dupont provides that a city council may derive the power to sanction councilors, by resolution, from the Community Charter and the Local Government Act.

Second, the Court addressed the standards by which City Council’s decision would be reviewed. The Court relied on the test articulated in Canada (Minister of Citizenship and Immigration) v. Vavilov, 2019 SCC 65 (“Vavilov”). Dupont provides a helpful interpretation of the Vavailov framework which promotes deference to a city in interpreting and applying municipal law. This includes, in the case of Dupont, deference regarding the interpretation of what, and how, closed council meeting information may be considered confidential. And, deference to determine whether a particular disclosure constitutes a breach of confidentiality.

Finally, Dupont also addressed several procedural arguments raised in the petition. One issue of note was whether the City had standing to provide submissions opposing the petition. The Court found that the City’s standing was valid (and in fact necessary) in this case. It distinguished jurisprudence cited by the petitioner supporting the proposition that a city may be denied standing when there are third-party individuals capable of their own response.

Dupont represents a helpful clarification of the rules surrounding municipal and school board governance. It is a step towards a clearer standard of deference for cities and boards to interpret and apply their own municipal legislation.

If you have any questions please contact Adriana Wills. 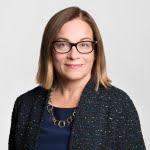